If your problem could be solved just buying new pants, you would have solved it by now.

“How do I remove those little balls of fuzz from my sweaters?“

This is one of those questions I wish I got asked more often. So I’ve decided to answer it anyway in the hopes that it’s one of those things you don’t think to ask.

You know, the ones that look like a pound of belly button lint collected on your sweater to make it look like a matted Muppet? (Gross imagery, I know, but not inaccurate.)

These balls of fuzz are also referred to as pills or lint balls, and can form on any textile. (I’ll stick with fuzz balls because it’s fun to say, and mostly use sweaters as an example.)

A pill/fuzz ball happens when the fibers from the fabric of your garment get loose and stick together with other loose fibers to form a little lint ball, which clings to your sweater.

While pills/lint balls/fuzz balls can form on any textile, they most commonly form en masse on wool-like textiles. Sweaters, scarves and wool coats – yes. And also trousers, vests, tights, mittens, gloves, hats, etc.
Basically anything can develop pills, and some garments are more prone to pilling based on their fiber contents and fabric structure.

So, how to remove these fuzz balls from your sweaters?

Basically you remove these fuzz balls by picking them off. If you really wanted to, you could do this one at a time by hand.

You could also speed fuzz ball removal  up with a sweater shaver.

What is a sweater shaver? And how do I buy a good one?

A sweater shaver is basically a rough lint brush that will pick up the excess fibers on your sweater (the stuff that eventually clumps up into little balls of fuzz) and remove them gently.

When you’re looking for a sweater shaver you want something that’s going to be rough enough to remove the fuzz balls from the fabric, but not so rough that it ruins your sweater. You can buy inexpensive sweater shavers at most drug stores, or home goods stores that have large wardrobe departments (over with the hangers, shoe racks and jewelry organizers, etc).

You’ll want to avoid sweater shavers that put tension or pull at the fibers that are still part of the garment. For example, there are electric sweater shavers that suck up the fuzz balls. But these also pull at and sometimes break the fibers still firmly attached to the sweater, (which shortens the lifespan of the piece of clothing.)

You also want to avoid sweater shavers that risk cutting the fabric of the sweater. You may have seen hack videos using a disposable razor intended for human hair, or even a straight razor or box cutter to remove fuzz balls from sweaters. As you can imagine, this also easily cuts fibers that are still firmly part of the sweater, never mind the possibility of cutting an actual hole in your sweater.

You want a sweater shaver that looks/feels kind of like rough sandpaper.

My favorite sweater shaver is a Gleener. It’s definitely more expensive than most, however it comes with three different heads at three different roughnesses so that you can use it on a wide variety of fabrics. It also lasts a long time, I bought mine probably nine or ten years ago and haven’t had a problem.

When is it time to remove sweater fuzz?

Like most things when it comes to taking care of your clothing, it’s less time consuming if you remove the fuzz balls from your sweaters as soon as you notice them. This is another instance where a stitch in time really does save nine.

However, if your sweater has already reached matted Muppet state, removing that lint is still totally possible. Your sweater is not ruined. When they get to this state, I just plan to spend 15 minutes or so removing balls of fuzz, instead of the 1-3 minutes it usually takes.

If you haven’t been removing sweater fuzzies throughout the winter, now is a fantastic time before you put your sweaters away for the summer. It’ll make getting your sweaters back out in the fall that much easier.

Or if you’re on the opposite seasonal cycle, here’s how to get your sweaters ready for the fall in a hurry. 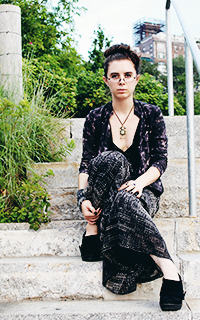